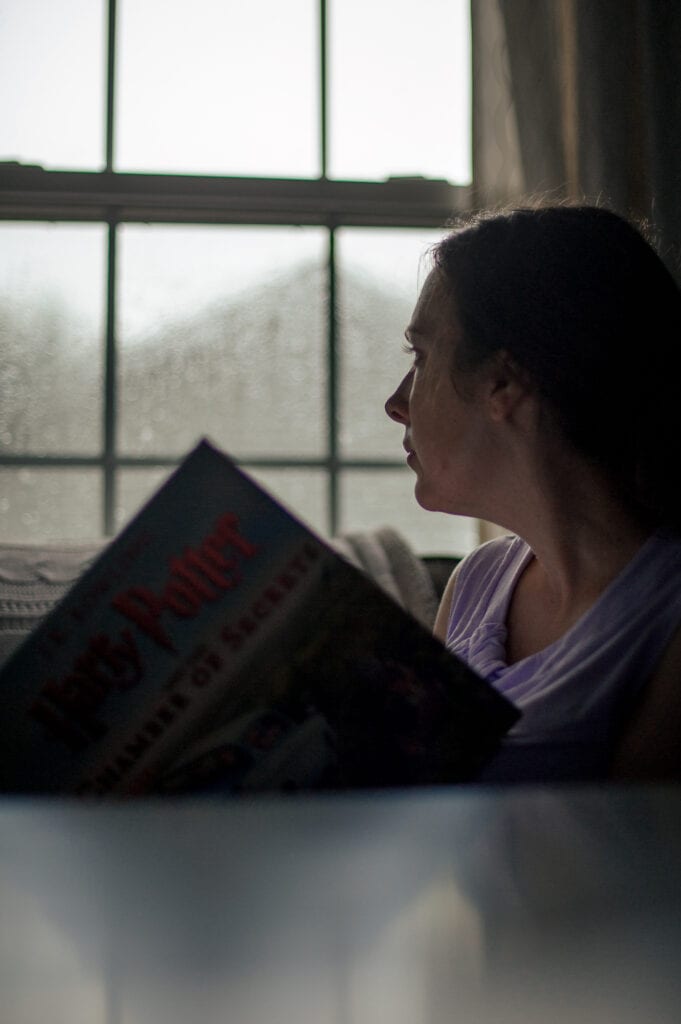 Of course, it happens this way: you spend your morning washing your cars, removing layers of pollen that worked itself into every crevice, scrubbing, and spraying. Then you stand back, let out a sign of good, hard work achieved, and then hours later…the raindrops appear—a lot of them.

I’ve been taking the weekends off lately because it’s been a REALLY long time since I’ve done so. Burnout makes you prioritize things a lot differently, but that’s for another time.

Saturday was full of errands, while Sunday was my “get your house in order” day. The sun poured into the kitchen around its usual time in the morning, bringing the house to life, and I truly believe it shines a special beam on my coffee maker. A few minutes later and the smell of freshly brewed coffee fills the house. Then for the next little bit, it’s just me, my current book (which is Capital Gaines by Chip Gaines from the library), and a semi-warm cup of coffee (I don’t like hot coffee…I know, I know).

Sunday morning turned out to be very productive. After fueling up on coffee, I spent most of the next few hours outside doing yard work and washing the cars, as previously mentioned above.

It was about four hours later when the skies began to gray. The sun that had poured into the kitchen during the morning disappeared behind large storm clouds, and the house filled with shadows and a coolness. A sprinkling hit the pavement and the freshly washed cars first. I turned on lamps to bring back some golden light into the house.

A large roar of thunder came above my house, and a bright bolt of lighting quickly lit up the dark skies. Oh boy, this isn’t just a sprinkle. A large thunderstorm moved into the area and seemed to settle right above our neighborhood.

But it did. The house filled with gray light, and a quiet fell over the neighborhood. The pitter-patter of rain hitting the roof and occasionally on the windows whispered through the rooms. “Well, this is where we are. I’m sure it will be back on in an hour or so,” I said to myself as I finished cleaning out my vanity.

I spent the next five hours on the couch, mostly with a book or dozing off, minus a quick trip to the store for snacks (I wasn’t going to open the fridge and lose any food!). Never underestimate the importance of snacks during a power outage.

Really, the quiet and stillness of the storm and lack of power are what I needed. I had nothing else to do but listen to the rain and be still. It’s amazing how sometimes mother nature forces us to take a step back. Reset and rest. Remove all distractions: close social media, turn off the TV, put down the to-do list, and sit. I can’t remember the last time I sat quietly with nothing for my hands to do. It was nice.

The power eventually came on shortly before 11p, but I was long in bed and was deeply comfortable in the quiet.

And now, a quick recipe share because you know I enjoy baking on the weekends:

On Saturday, I made this bread recipe that I LOVE. It’s vegan and oil-free! If you’re gluten-intolerant or have celiac, I haven’t tried it with GF flour, so I can’t guarantee results. I usually “suffer” through the consequences of eating gluten when I make it. I changed up two things: