Running the Race : My First 5K 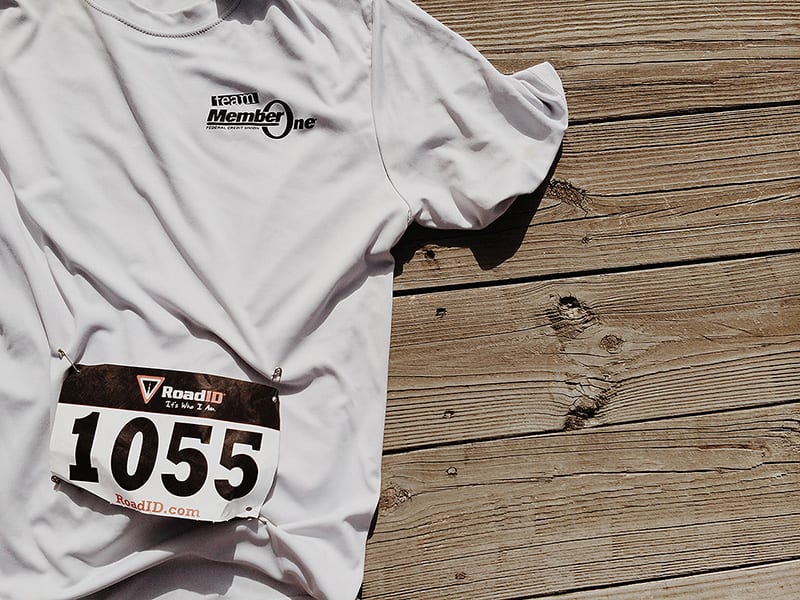 If you’ve been keeping up with my blog, you probably read where I was training to run in my first 5K.

I had one goal when doing my first 5K: run the whole thing, no stopping.

I honestly wasn’t sure how I was going to do. I had been training since July and could barely make it two miles. It was tough (running is no joke). So, making it three miles without stopping? Wasn’t looking awesome.

I just finished my first 5K this past Sunday and I learned a few things:

1 – Stay at your pace. There’s a pace I run at that isn’t the fastest so I was being passed pretty quickly…pretty often lol. I kept looking ahead to find friends and see who was out running me. For a minute I thought about increasing my pace but then remembered my goal in the end, not to finish at a certain place but just to finish, without stopping.

2 – Find your mindset. About a little more than halfway through, I felt like I had been running for a really long time. I didn’t time myself or use any type of tracking system, I just felt like it had been a while. Shortly after that, my thoughts wondered to something else and before I knew it, I was at the finish line. Somehow, I became numb to the uncomfortableness of running and found a place for my mind to go.

3 – There’s no cute way to run. Forget it. There’s plenty of pictures to prove it. At least with me. If you have proven evidence you look cute while you run, you are not human. I kid. But seriously, why do they take so many pictures at races??

4 – There’s a race clock at the end, look at it. Yeah, I was that person. I truly was so focused on the race and running the whole thing, everything else wasn’t important. I didn’t take a single photo, I totally missed the large clock at the end that showed the time, there’s some people I knew that ran the race that I totally missed the day of. Man.

5 – You’re not as terrible as you think you are. I missed the clock, so I figured I had ran the race in 45 – 50 minutes. I was one of the last runners to finish and just basing off others finish times, this seemed legit. Not the best time ever but hey, I ran it. Then the next day, the results were posted….39 minutes. I ran my first 5K in 39 minutes. Wow.

Beyond how long it took me to run, I finished it. Running the whole time, no stopping, I finished. And that in itself was enough to reward myself with pancakes.

While preparation is key, fine tuning your skill, ready to run the race…not giving up and to keep going is the hardest part. Let the faster runners pass you up, there will always be someone that will. Don’t compare your leg muscles to someone else’s, you’re not the same person. Your stride and pace will be different, you were meant to go at a different speed. It will hurt, you’ll feel uncomfortable, it won’t always be the best feeling. You’re growing yourself though, you’re preparing yourself for the race ahead. Just go.