Seed Stories : Amanda
Occupation: Seeking Federal Employment
Age: 34
City: Blacksburg
Favorite Quote: “Only the truth of who you are, if realized, will set you free.” – Eckhart Tolle 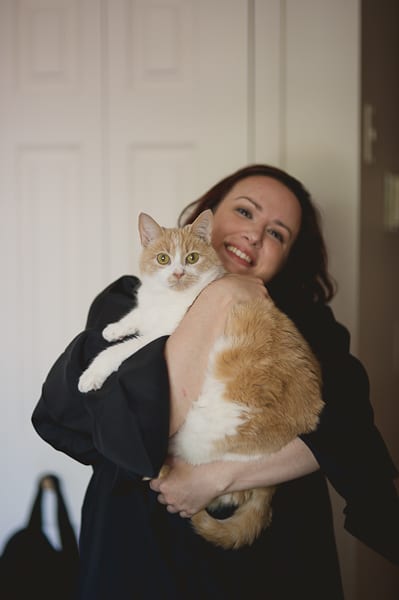 Maybe I’m biased, maybe not….but there hasn’t been many moments that I’ve been so touched with happiness that I can barely contain myself. As I sat fiddling with my camera, rereading the program and waiting anxiously for the graduation ceremony to start, I had to keep switching my thoughts so I wouldn’t tear up. I knew what my sister had been through, what walls she was up against, what barriers tried to block the way from getting her to that day. It was hard to not be overwhelmed with excitement for her. 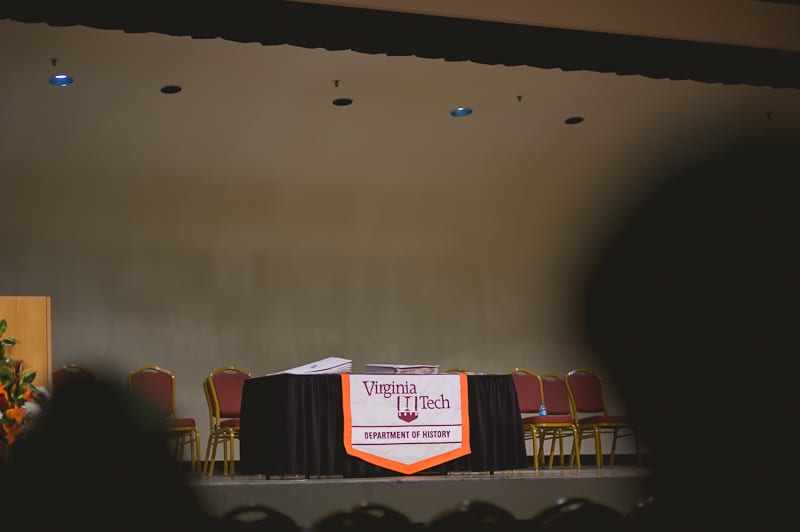 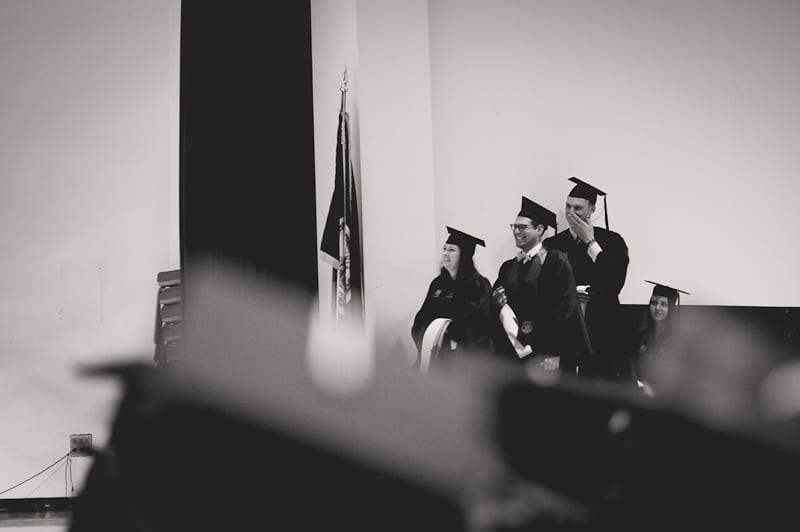 My sister didn’t do the typical — graduate high school, immediately start college, pick a major, graduate, start some kind of career. Her route wasn’t like others so when she decided to go back to college and go to Grad school, she was doing it all on her own. This is my sister’s story:

“Returning to college was intimidating, but I felt more aware of how important it was. It was difficult being in classes with people who were younger and less mature. I was in my mid-twenties, but I felt like an old biddy rolling my eyes at the kid in front of me falling asleep or the loser that never did their work. It was also difficult trying to do school work and go to classes while playing adult – working and trying to get the bills paid.” 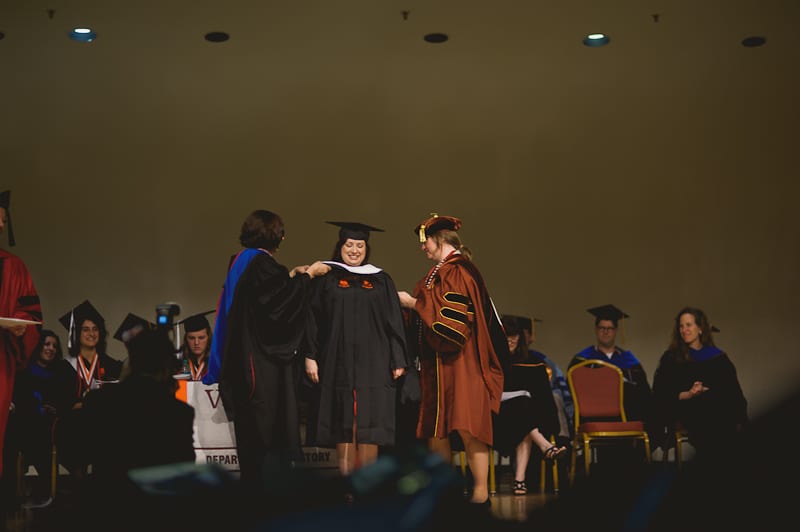 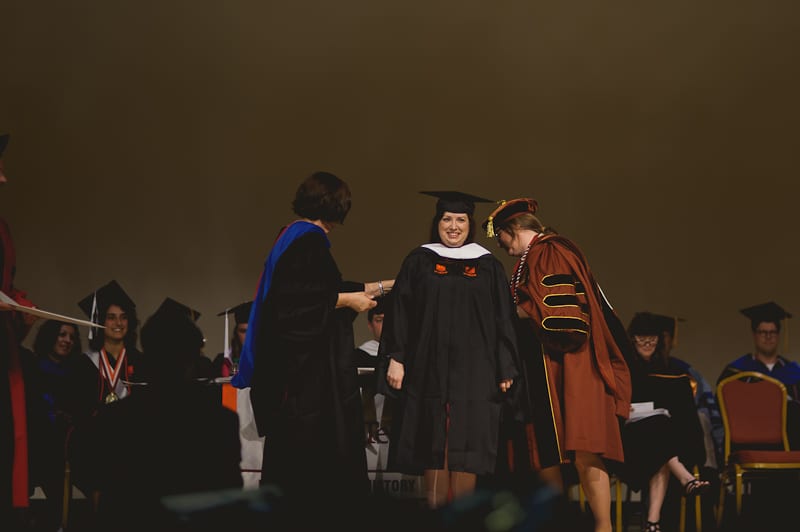 “The “independent adult” part of life came before the education part. I think that helped my perspective, but I wish I’d had a more traditional journey sometimes. But things play out how they play out, and it was my choice all along how I reacted to it.” 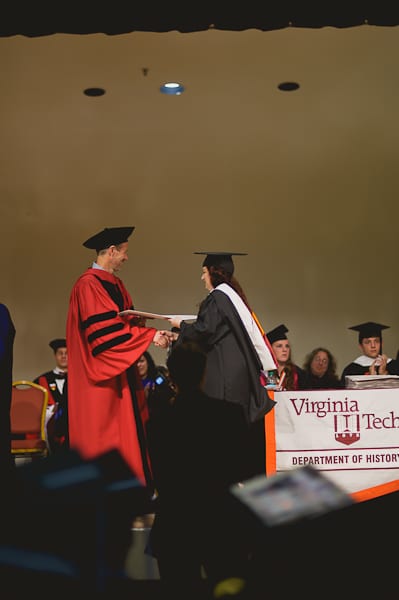 “I didn’t want to settle into a bad job and accept less than what I was worth initially. I knew I was better than what I was doing, but it’s so easy to settle sometimes. It really is. But as time went on, motivating factors changed. I wanted a better, more respectable career path and an opportunity that would allow me to have more fulfilling experiences in life.” 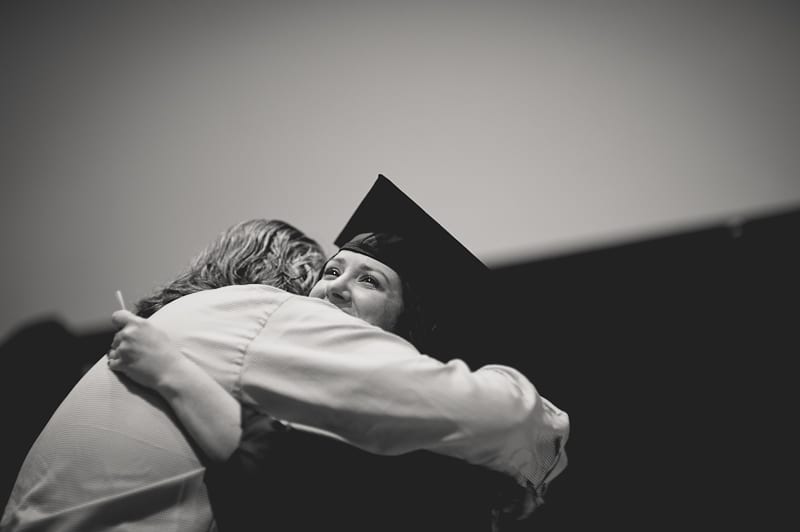 “I really wasn’t asking for much; just normalcy and meaning.” 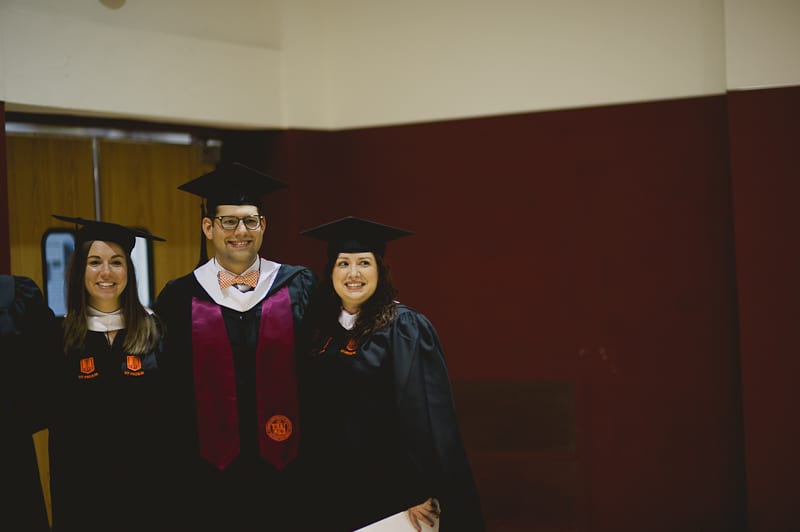 “I’m intelligent, and I know that I’m intelligent. That may sound egotistical, but it’s one thing to be smart and not realize it and entirely another to know you are. Once you fully realize what you can do and what you can contribute to this world, then you have no more excuses to not try or take action.” 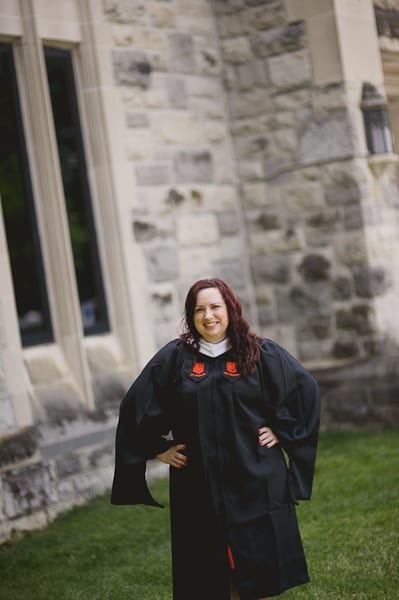 “I know so many who choose to ignore their potential because it’s their last excuse to stay where they are and not attempt anything new. I have no more excuses and it’s just as liberating as it is intimidating. College also opened up many doors professionally through people I met and opportunities. I also made some great friends that I learned from and I’m glad to know.” 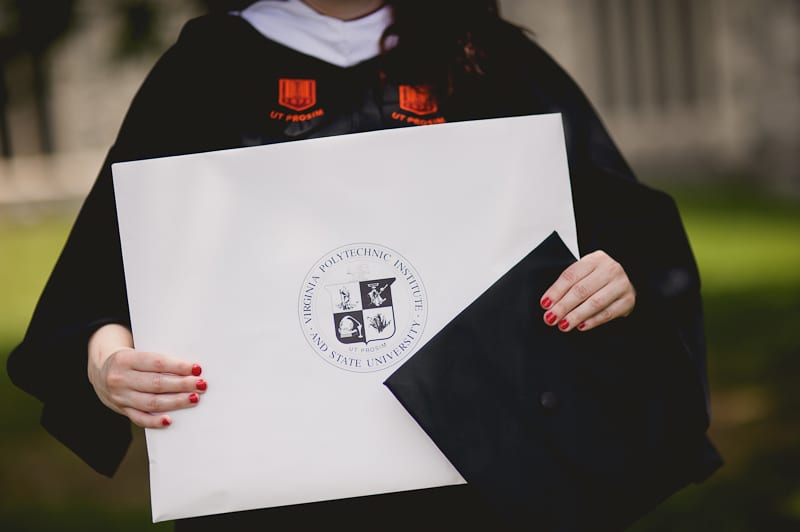 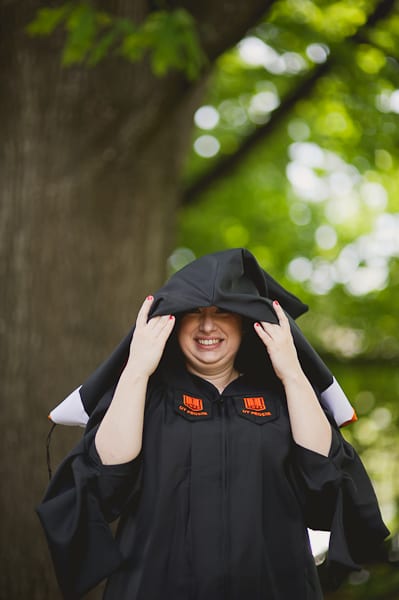 The biggest lesson she’s learned from her path through college?
“Sometimes things really suck, but they always end. Everything ends at some point. Also, making mistakes and screwing up is part of life. I’m going to do both continually, so why not embrace the screw up and realize that’s the only thing to be scared of.” 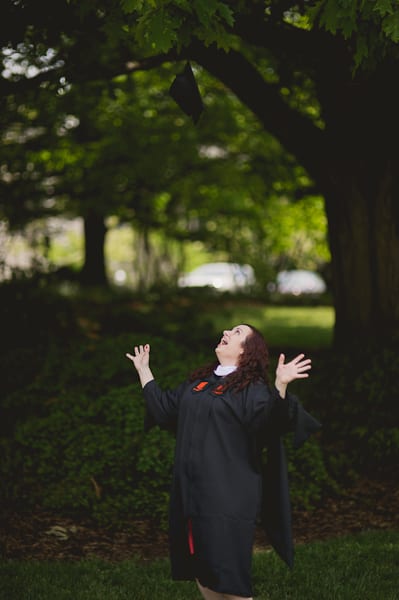 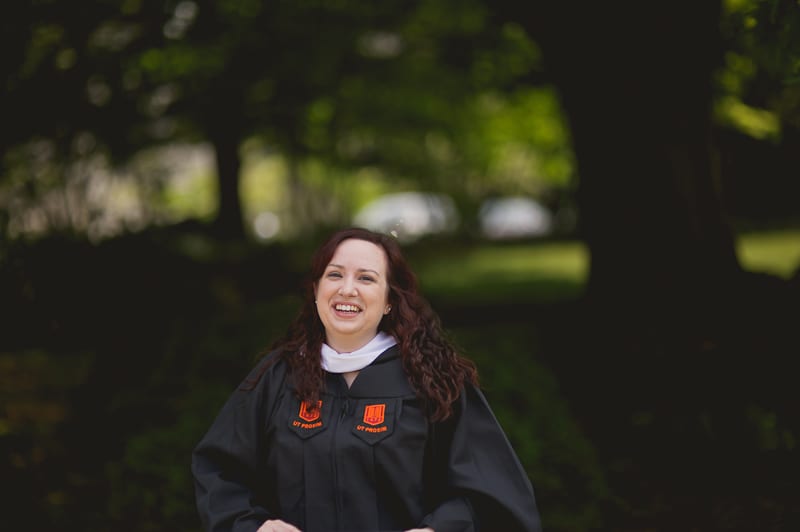 Just love this advice:
“Find a way and do it. Even if you don’t really know what you want to do, the self-realization you get from it and the people you meet are worth every all-nighter and loan debt. Also, and it’s been said before by many, education is the one thing no one can take away from you. That knowledge is always with you.”

I am so thankful to be surrounded by individuals, like my sister, who find a way to make their way in life. They’re not perfect, they have their valleys as they have their highs, but they get back up. Life will bring another day, it will keep going, even if you don’t. What will you do with your tomorrow?

Just a couple of my sister with our family : ) 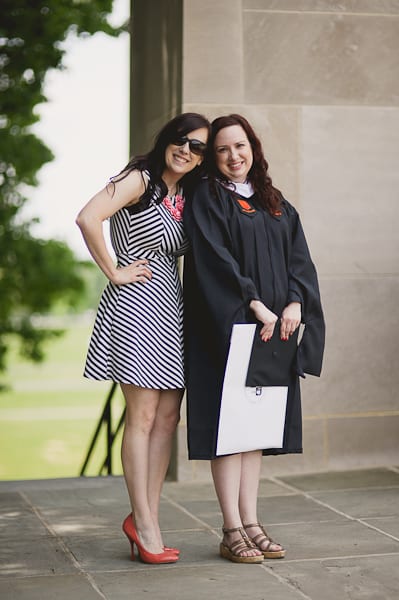 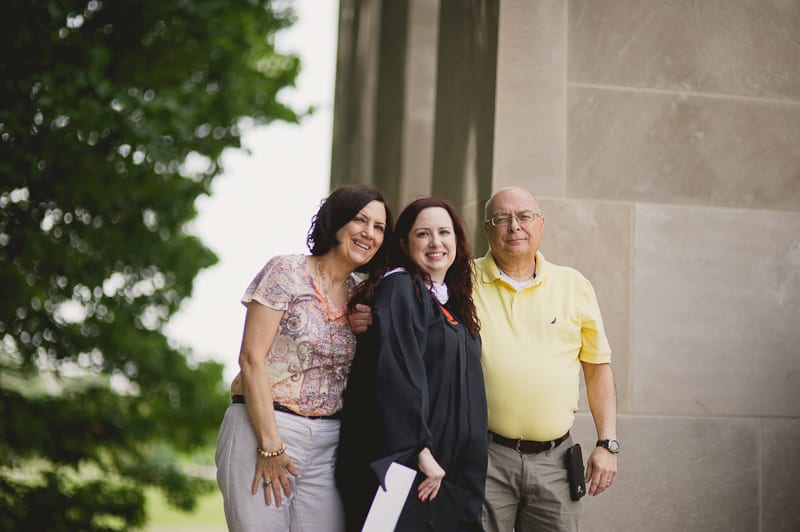 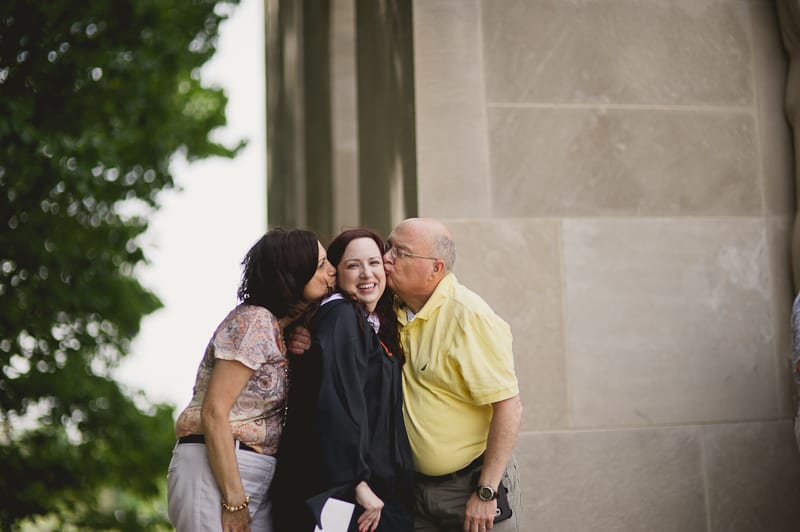 After the Wedding Day

this is an amazing story Tara but that dosent surprise me. Amanda I’m so proud of you and knew you could do it… Love you both!

I am so incredibly proud to say both of you lovely ladies are my friends… we may not speak often but when we do… that is friendship. I am so excited for Amanda, and I know how awesomely amazing she is going to make her life… because she make the lives of those around her awesomely amazing just being a part of it…

Yes, this totally brought tears to my eyes! Thank you for making my big day so special and asking me to submit a “Seed Story”! You are fabulous! Love you!

I can’t express how proud of you I am (as I am all of my nieces and nephews). Love you so much and I know you will go far. Thanks for making me cry at work! LOL